While our time in the office has been spotty this year, those of us visiting the office loved getting to watch progress on the 53-foot mural of Eva Kor that now graces the east side of our home in the 500 Festival Building. Work began in October, culminating in a virtual unveiling on November 20.

A drone image demonstrates how tall Eva's mural really is!

A survivor of the concentration camp at Auschwitz operated by Nazi Germany during World War II, Kor spent her adult life spreading a message of hope, healing and forgiveness throughout the world. She and her twin sister, Miriam, were test subjects in the experiments led by Dr. Joseph Mengele at the camp, but she chose to publicly forgive him as a way of moving on. She led a large number of trips to Auschwitz for teachers and others to fully understand the atrocities of the Holocaust so that history cannot repeat itself. In fact, she was on one such trip when she passed away in 2019 at the age of 85.

Twenty-five years ago, Kor founded the CANDLES Museum and Education Center in Terre Haute, Indiana, where, coincidentally, Williams Randall Advertising was founded. There, you engage with Eva and 11 other Holocaust survivors in a digital question-and-answer setting. You can also learn more about her in the 2018 PBS documentary Eva: A-7063. 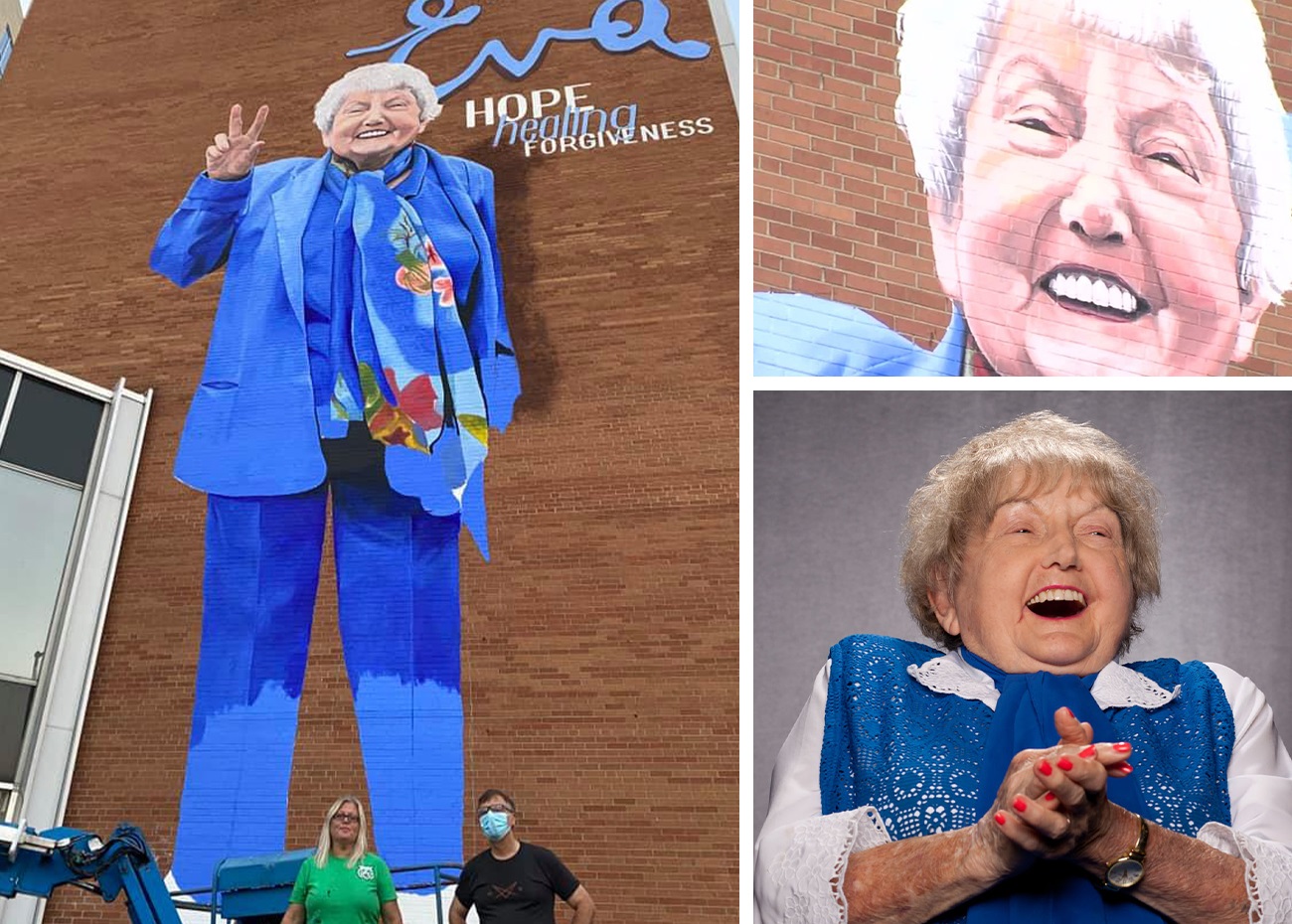 Muralist Pamela Bliss painted the work of art, adding this to her long list of Indiana murals including Kurt Vonnegut, Reggie Miller and John Mellencamp.