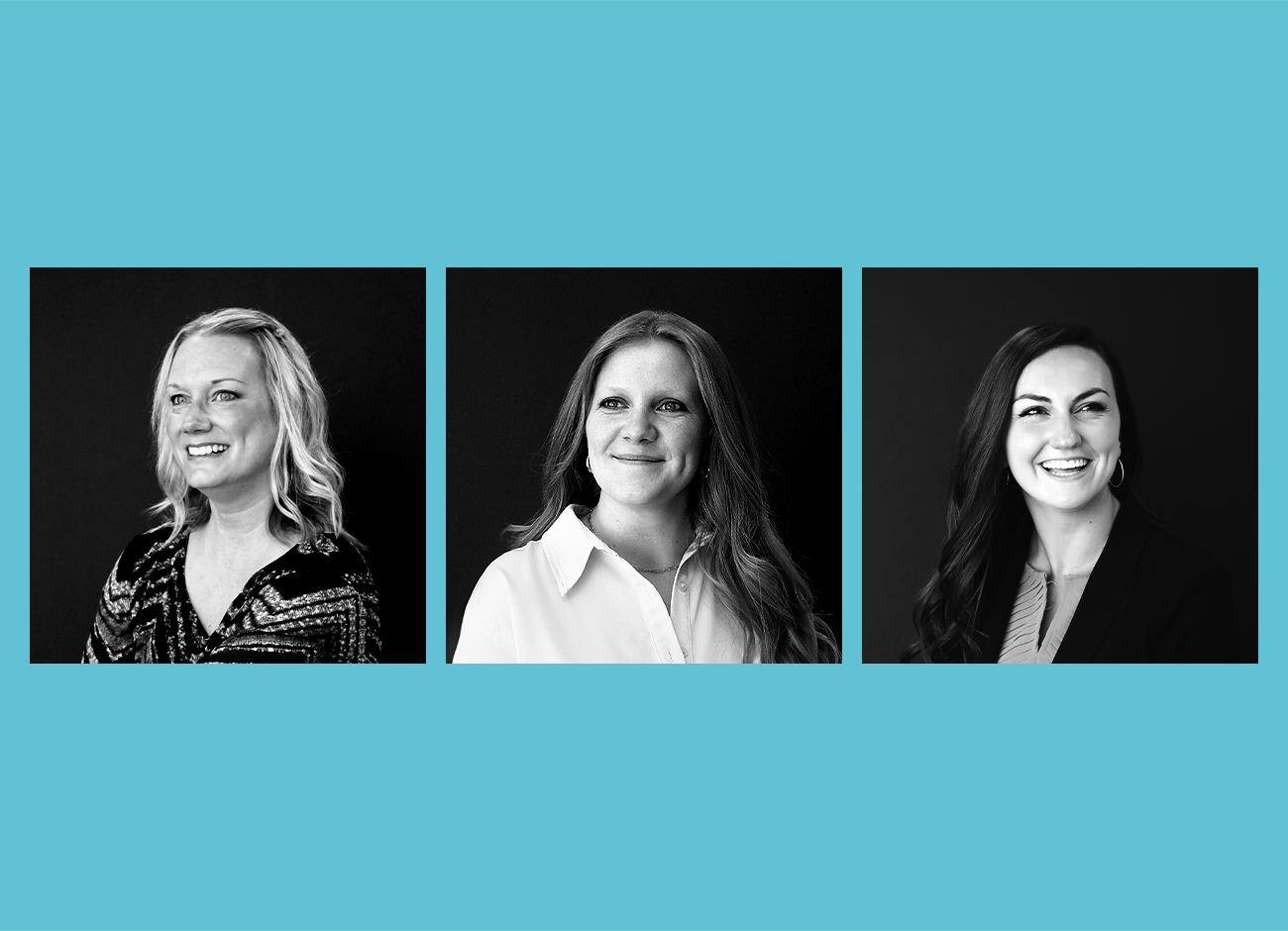 In August, Williams Randall was delighted to announce the promotions of three agency associates: Allison Gearries, Ashley VanArsdale Parmenter and Lindsay Leer. It is worth noting—though hopefully someday such occurrences won’t be as noteworthy because of their commonality—that all three of the people advancing into new roles are women. Yep, the only glass at Williams Randall Advertising is in our windows... it’s never in our ceiling. In fact, we’ve just upgraded the WiFi signal on our rooftop, so when the weather’s nice, employees can work in an environment where there are no ceilings of any kind.

Sometimes promotions are self-evident: the person has grown into such an expanded role, their old title doesn’t really fit anymore. That was the case with the Media department’s hyper-capable Allison Gearries. She first came onboard in 2016 as a Financial Assistant and then became a Media Assistant. Since then, Allison has undeniably grown and evolved, now confidently navigating tasks and responsibilities more suited to a Media Project Manager... so that’s what we’re officially calling her now.

There’s upward movement stirring in our creative ranks as well; say goodbye to Online Designer Ashley VanArsdale Parmenter and please give a warm welcome to Senior Art Director Ashley VanArsdale Parmenter! Since joining WR in 2020, Ashley’s surpassing creativity and skill have added value to every project she’s touched. And that’s what a good designer should do. However, her organization, initiative, and capacity to contribute in areas above and beyond her position’s traditional parameters have now earned Ashley a new role.

Seems like there’s someone at every workplace who tries a little harder, works a little later, achieves a little bit (or a lot) more... and makes it look easy. What’s rarer, though, is when that person’s genuineness, positivity and enthusiasm makes it impossible to do anything but root for them. Six-year agency veteran Lindsay Leer’s abundance of bandwidth, talent, approachability, and passion made her a straight-up rockstar of an Account Supervisor; the mind fairly boggles at the prospects of what she’ll achieve in her new role as WR’s Manager of Online Services. Go, Lindsay, GO!

Outstanding marketing professionals—including those who happen to be women—will find that, at Williams Randall, their potential for growth is limited only by their own imagination and excellence. Oh, and one final noteworthy item: we’re currently hiring.